Subscribe to our newsletter and get 5€ off for your next purchase in our store. 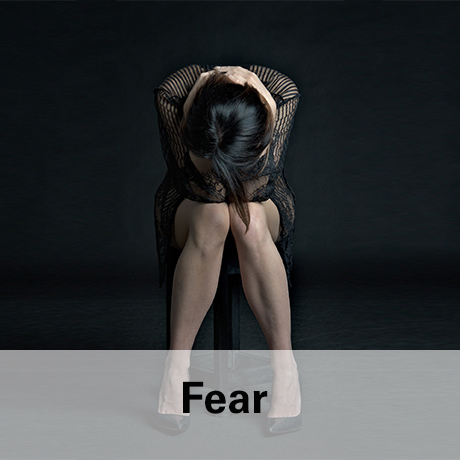 Anxiety attacks and associated anxiety symptoms, such as dizziness, come out of the blue, often at night. The heart is racing, the chest is getting tight. Fear of death. Of what? There is often no tangible trigger. You are not really in danger.

An anxiety attack seems to be a malfunction of your body. But you can learn to recognize this false reaction as such and even treat yourself. In any case, you should take action in a heaped occurrence.

Simple counselors say, "Take the scare away at night and during the day, and they will disappear."

However, this general advice is not always valid, for example, if the attack is a depression or other serious illness affecting the organs.

What is a panic disorder? Symptoms and causes

A single anxiety attack has many people once in their life, for example, at school before an exam. That is normal. Only when the baseless attacks of anxiety accumulate, one speaks of panic disorders or anxiety disorders.

An anxiety attack is an extreme physical anxiety reaction. Without real danger is in the panic case suddenly a lot of adrenaline in the blood.

The consequences: The heart is racing, the breath is fast. They feel like they can not breathe. They are bursting with cold sweat. Maybe you're shaking, maybe you'll be sick. They have goose bumps.

There are also mental symptoms: Maybe you will feel dizzy. They feel like standing next to each other. Or you can see and hear everything from far away. They are afraid to go crazy. Maybe even fear of death.

Not every person sees anxiety attacks the same, but you can defeat them. For some, there are only the mental symptoms, that is, the groundless panic. Physically everything stays almost normal.

In other people, the physical symptoms predominate. If so, confuse the anxiety attack with a serious illness, such as a heart attack.

The fear of fear: the vicious circle

Anxiety attacks can happen anywhere: at work, in the subway, at home during a cozy movie night. Suddenly you are paralyzed. They curl up on the floor or crouch in a corner until the fear passes.

Or you run away screaming. If it happens in the office, the work colleagues notice it and the boss learns about your anxiety attack.

Afterwards, ask yourself: What if it happens again? The fear of new anxiety attacks can rob you of sleep. They watch closely: Does the heart beat? Do I breathe normally?

Fear becomes a constant part of your life. Therefore, learn a new way of dealing with it.
Likelihood of confusion: Do you really have a panic disorder?

Before a doctor detects a panic disorder, he will clarify whether you may have a physical illness and the case of anxiety comes from there. For palpitations, nausea and sweat can also come from other pathological causes.

The panic then appears anyway: they notice the physical signs and ask themselves: What is going on? When the breast gets tight, you may be scared to suffocate. Already the anxiety attack is together.

Physical illnesses that can be confused with anxiety attacks include: thyroid dysfunction, angina pectoris, certain nervous disorders, some allergies, and in menopausal women.

So do not go to the psychiatrist immediately with anxiety attacks, but first to the family doctor, who understands something of the matter.

By selecting "Accept all", you give us permission to use the following services on our website: YouTube, Vimeo, ReCaptcha, Sendinblue, Google Analytics 4, Google Analytics (Universal Analytics), Google Ads Conversion Tracking. You can change the settings at any time (fingerprint icon in the bottom left corner). For further details, please see Individual configuration and our Privacy notice.

The settings you specify here are stored in the "local storage" of your device. The settings will be remembered for the next time you visit our online shop. You can change these settings at any time (fingerprint icon in the bottom left corner).

To view Vimeo contents on this website, you need to consent to the transfer of data and storage of third-party cookies by Vimeo.. This allows us to improve your user experience and to make our website better and more interesting. Without your consent, no data will be transferred to Vimeo. However, you will also not be able to use the Vimdeo services on this website.

To submit forms on this page, you need to consent to the transfer of data and storage of third-party cookies by Google. With your consent, reCAPTCHA, a Google service to avoid spam messages via contact forms, will be embedded. This service allows us to provide our customers with a safe way to contact us via online forms. At the same time, the service prevents spam bots from compromising our services. After you gave your permission, you might be asked to answer a security prompt to send the form. If you do not consent, unfortunately you cannot use the form. Please contact us in a different way.

To send data to sendinblue, you need to consent to the transfer of data and storage of third-party cookies by sendinblue. This allows us to improve your user experience and to make our website better and more interesting.

Would you like to see these contents? Activate the desired contents for one session only or allow the website to remember these settings. Once you have given your consent, the third-party data can be loaded. For this, third-party cookies might be stored on your device. You can change these settings at any time (fingerprint icon in the bottom left corner). For further details, please see the Privacy notice.