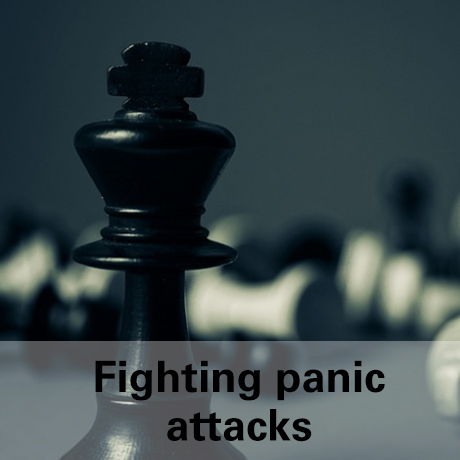 It often comes for no relative reason

Now it's time to fight panic attacks, because suddenly and completely unexpected, she appears. This happens without notice, even while asleep. We talk about the panic and almost overpowering fear.

The heart is racing, the pulse is faster, the pressure in the chest is increasing, breathing is difficult. Many people are suddenly seized by anxiety attacks.

Answers to these questions can be found in this article.

A panic attack can be manifested by numerous signs. In the following words, a patient described her own panic attack. She is thus representative of people who suffer from anxiety.

Afraid of what exactly? I do not know exactly. The feeling was there and became more and more serious. It all started four years ago. I was in a place where I was usually always well and suddenly I felt this oppressive feeling. It came from the chest and slowly drove up my throat. It was a scary feeling, as if someone shut my throat, but lower down. There was a fear in me. Over time, there was a strong palpitation and it was terribly fast, suddenly it was there - the panic attack. I only dragged myself through the rest of the day. I was just scared of the panic that my heart would stop suddenly and I fall over dead. The next morning I got up and did not know how to get through the day ahead.

The experience of many sufferers

People who suffer from panic attacks usually go to various doctors for years and are treated with all sorts of pills without any possible cause being recognized or treated. Not everyone is able to self-medicate.

Most patients seem to be crazy because they feel physical discomfort but no doctor can find a cause. The panic attacks usually occur for no reason in everyday situations.
What is generally understood by a panic attack?

Sufferers suffer from anxiety with physical signs such as:

The course of panic attacks

In the first phase, those affected experience physical and mental weakenings in a particular situation. Comic physical conditions such as circulatory disorders or attacks of weakness are spreading.

As a rule, these are moments in which the person concerned thinks that he / she has no control over the situation, for example in the cinema, when waiting, in a traffic jam, etc.

Those affected feel so unsettled by the physical reactions that they do not want to relive a panic attack. Therefore, they start to avoid the situation from which they can trigger an attack.

Again and again you imagine a seizure and thus create with the imagination a corresponding tension in itself. This also applies to some forms of panic attacks at night.

By selecting "Accept all", you give us permission to use the following services on our website: YouTube, Vimeo, ReCaptcha, Google Analytics (Universal Analytics), Google Ads Conversion Tracking. You can change the settings at any time (fingerprint icon in the bottom left corner). For further details, please see Individual configuration and our Privacy notice.

The settings you specify here are stored in the "local storage" of your device. The settings will be remembered for the next time you visit our online shop. You can change these settings at any time (fingerprint icon in the bottom left corner).

To view Vimeo contents on this website, you need to consent to the transfer of data and storage of third-party cookies by Vimeo.. This allows us to improve your user experience and to make our website better and more interesting. Without your consent, no data will be transferred to Vimeo. However, you will also not be able to use the Vimdeo services on this website.

To submit forms on this page, you need to consent to the transfer of data and storage of third-party cookies by Google. With your consent, reCAPTCHA, a Google service to avoid spam messages via contact forms, will be embedded. This service allows us to provide our customers with a safe way to contact us via online forms. At the same time, the service prevents spam bots from compromising our services. After you gave your permission, you might be asked to answer a security prompt to send the form. If you do not consent, unfortunately you cannot use the form. Please contact us in a different way.

Would you like to see these contents? Activate the desired contents for one session only or allow the website to remember these settings. Once you have given your consent, the third-party data can be loaded. For this, third-party cookies might be stored on your device. You can change these settings at any time (fingerprint icon in the bottom left corner). For further details, please see the Privacy notice.